EARN UP TO $500: in savings by booking direct on the 1000 South Clark website. Simply choose "Property Website" as your source when booking your tour.

*Offer is only valid when booking is used with this link . Tours booked on your behalf via an apartment broker or resident referral do not qualify.

Meet Some Friends for Post-Work Pints at Pilot Project

Newly opened Pilot Project Brewing bills itself as a “brewery incubator”—so what does that mean, exactly? Simply put, Pilot Project outsources some of the craft beer-brewing to other top-notch microbreweries. These guest pours complement the main core of the beer list, which consists of house-brewed beers that are constantly changing.

You can always expect to find a few staples, such as the House IPA and the House DDH DIPA, but the rest of the suds are really up to the creative brewers. They’re constantly crafting everything from Spanish tea IPAs to coffee ales to hard kombuchas. In addition to the beer, Pilot Project also doles out specialty coffee drinks to its patrons (and they say they’re as good as the beer), along with some light bites. Come grab a coffee and get some work done in the bright, airy space, equipped with free Wi-Fi, or meet friends after work for a drink at Pilot Project. 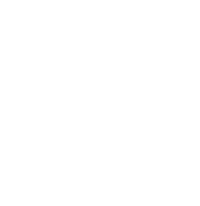